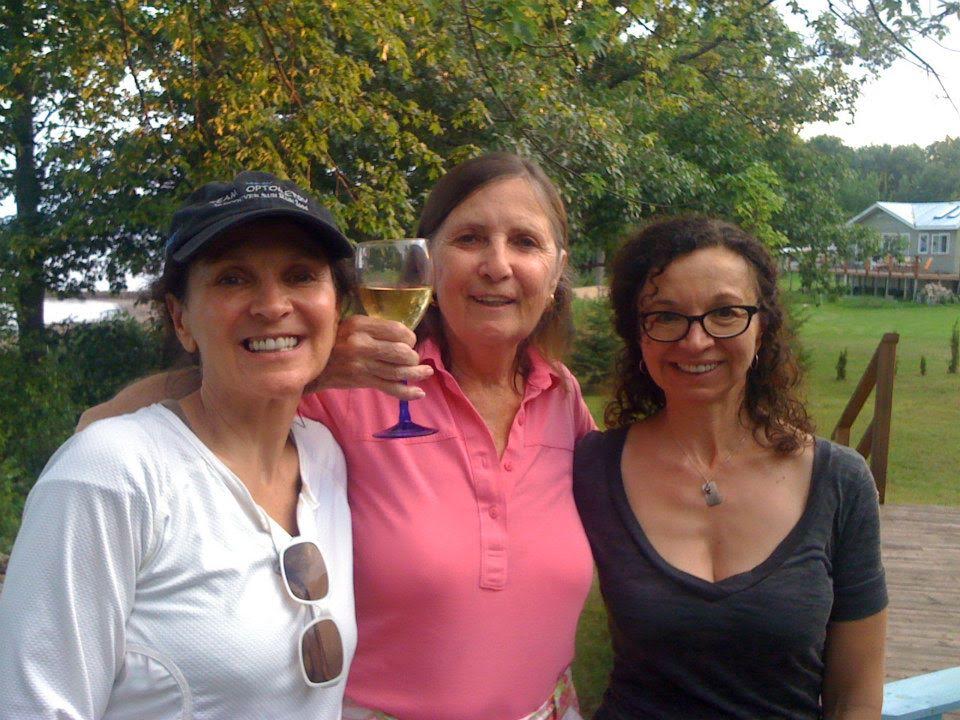 Raise a Glass to Country Cousins or How I became interested in Media and Education.

I traveled from the big city with my family to visit cousins who lived in the country. My cousins seemed less worldly than I with their funny accents and local expressions. They sat glued to the T.V. set every afternoon as they watched a soap opera called “General Hospital.” The “city mouse” was a snooty prep school kid from the big city drilled that T.V. was low culture by school and family alike and told them so. I said, “That stuff will rot your brain, you know. How can you sit there like that day after day?” Met with silence, I repeated my complaint every day of our visit with little satisfaction.

While the girls weren’t in school, they worked in the family dry cleaning business. Or they worked at another uncle’s drive-in-movie theatre where several uncles and their families also worked. “M and M Cleaners” is still in existence today, some 53 years later, although with different owners. Both businesses served an enormous Canadian military base, CFB Gagetown.

What I would learn but didn’t know then was that the girls were practicing postponement of gratification. The soaps were their only joy in a joyless world, and it got them through those dreary years. My mother, who was close to the girls, never forgot those exchanges. Growing up, she always kept me up on their progress. They earned scholarships to nursing and optometry programs. They married very nice men who were also optometrists. Together they had a thriving optometry practice in Vancouver, British Columbia, netting them a half-million dollars apiece each year. They owned homes on English Bay too. Lynn, the eldest, conducted the practical exams for B.C.’s doctors in training. Donna was the Canadian Winter Olympic team optometrist and a recognized expert in sports medicine. She also donated her time to give eye exams in remote aboriginal villages throughout the province. They loved to ski and had a house on Whistler Mountain. The girls were inseparable, and they traveled to Hawaii and all over the world together.

Meanwhile, I struggled with back-office clerical jobs in investment firms for years. How could I have been so wrong about General Hospital? I realized I wasn’t living an authentic or intentional existence and effectively living someone else’s dreams. Studying became my version of prime-time. During that time, in my evenings after work, I began rebuilding my brain muscle. I noticed a substantial change from my high school and undergraduate days when the city mouse barely squeaked through school. My grades steadily rose to the point where I was an “A” student even as the level of difficulty rose. So, let’s raise a glass to country cousins and the example they set.

2 thoughts on “Raise a Glass to Country Cousins or How I became interested in Media and Education.”