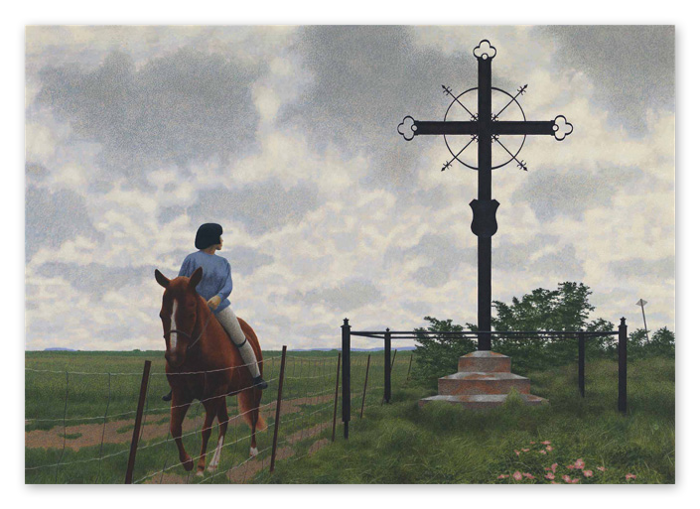 Recently, I had a series of late-night email exchanges with New York Times science writer and Harvard Extension Journalism instructor Karen Weintraub. We debated a notion put forth by another Extension School instructor and Harvard Arts founding editor Dr. Alicia Anstead. Namely that Canada is a literary culture. Weintraub, like the proverbial New Yorker who has never even seen a cow but has faith that somewhere across the Hudson River they do exist, confessed she knew nothing about Canada but was prepared to listen to my story.

It dawned on me that those exchanges amounted to an examination of the idea that I am stalked by writers and literary tropes in my cultural memories in some existential way. In one neighborhood I grew up in, it seemed like everybody’s older sister was a writer:

Sheard was on the original Coach House Press editorial team for Margaret Atwood (Best known for The Handmaids Tale),

Images of books -copyright their publishers-Fair use.

Design/Urbanism writer for the Globe and Mail Newspaper

This neighborhood, in particular, Rosedale, was originally conceived of as a suburb for old money Toronto. Beginning with stage and screen star and scion of the Massey/Ferguson tractor dynasty Raymond Massey, it evolved over a few generations into one of Canada’s fertile fields for the development of the arts. One argument to describe this phenomenon is that women have moved into formerly male-dominated fields because they pay less now. But the boys seemed to have been mesmerized by the music of the electric age. “Sucker punched by the electron” to paraphrase Marshall McLuhan.

Dr. Leonard Shlain traced the history of this phenomenon in his groundbreaking “The Goddess and the Alphabet.” But as if to level the playing field almost as quickly, Linda Lovelace who “wrote” the world’s first computer program may rapidly be becoming the patron saint of computing.

Dr. Eric McLuhan referred to the “Literary Renaissance around us.” Not sure of the readership for their works but McLuhan went on to describe how Dante Alighieri wrote for numbers in the hundreds as did William Shakespeare.

Literature and Place are an Existential Phenomena

I first recognized the relationship of literature to place as an existential phenomenon in my own life during a subway strike in Toronto. I was working for Dynamic Mutual Funds on the corner of Adelaide and Yonge Street in downtown Toronto. As the strike dragged on, I used an old route I took to school through South Rosedale across the Howard St. bridge suspended over the Rosedale Valley ravine. -A bicycle route that avoided a lot of traffic. A plaque had been erected on the north side of the footbridge dedicated to the memory of Morely Callaghan, a Dale Ave. resident, Can Lit author known as Canada’s Pushkin, friend, boxing partner, Paris housemate, and colleague of Ernest Hemingway. All because he walked his dog there.

The plaque described a scene I recalled all too well from my school days. Callaghan and his lanky blond wife Loretto in animated conversation, walking their beagle Nelson until his wife died. Then he and Nelson walking silently and then he alone until he died. All within sight of the Selby Hotel where Hemingway lived on Sherbourne St. while he was a writer for the Toronto Star. A lot of people might not have noticed this seeming confluence of affairs but it struck me with full force.

I looked back to Montreal where I grew up and during the FLQ Separatist crisis as the English and French fought for the linguistic identity of that city with hundreds of bombs going off in mailboxes. I thought about “The Two Solitudes” written by Hugh MacLennan a former English teacher at Lower Canada College where I attended. It was about the cultural divide viewed through a bi-cultural romance. Few know but to an extent, Canada is linguistic construction, politically speaking. Since its inception as a nation, the prime minister has rotated without exception -one Francophone one Anglophone.

Going back to the Maritimes and the Miramichi where I was born, Giller Prize-winning author David Adams Richards now a Canadian Senator wove “Faulkneresque” moral tales out of the familiar names and faces of the place where he grew up. A place where the local history trumps the wider history and governs the affairs of its people. Descriptive details such as a fictional character named Joey who lived next to the Morrissey Bridge couldn’t have been inspired by anyone other than my uncle’s father Joey Savoy because there are only two houses on either side of that bridge and one was his. My aunt babysat Richards when he was a kid and his wife is a distant cousin. Even my non-biological great-grandmother Alexis Taylor’s family has been chronicled by relative and veteran CBC foreign correspondent and feminist author Sally Armstrong in “The Nine Lives of Charlotte Taylor.”

I kept going back only to find that my Acadian ancestors were the subject of one of Henry Wadsworth Longfellow’s epic poems “Evangeline” -a tragic search for each other by two lovers separated during the ethnic cleansing of the Maritimes around the time of the American Revolution. An argument had been put forward that Women have simply moved into the field of writing because it was abandoned by men because it was less profitable than before.

As for my fecund relations they come from about eight hours drive east of Boston. It is a place where the two folk tales that draw crowds from as far away as Japan are Lucy Maude Montgomery’s Anne of Green Gables and “La Sanguine” which means wise old woman. Both characters are charwomen. Both my grandmothers scrubbed floors. One at 14 and the other at 15. One lost her parents to illness and the other lost her mother during childbirth. Acclaimed author James Patterson’s mother and father were from a New Jersey poorhouse. Patterson’s mother scrubbed the poorhouse floors and his father grew up there. You could argue that writers are the champions of the poor who are often women.

History itself of course a story. One of my grandmothers was from an area of the province known as the Madawaska Settlement. Fiercely independent, the farming community straddles the Maine-New Brunswick border -the Saint John River. “The Breyon” culture. They were a part of the second Acadian settlement. Acadians predate the pilgrims and the Cyr family were one of the first 35 families from Europe in North America. The American Revolution hit and the British loyalists had to flee the 13 colonies so they broke their treaties with Acadia and expelled them. Many wound up in Louisianna from whence the term Cajun is derived. 50,000 died from starvation and froze to death or were murdered, imprisoned in England, or died on coffin ships. The United Nations has identified them as the modern world’s first refugees.

Only 1,200 hundred were allowed to stay if they moved up to Madawaska and agreed on no French, no Catholicism, and they had to swear allegiance to King George. So those things were done in the home. The church encouraged large families because without them they would die out. They were mixed with southern Quebec people like my great-grandmother who was from a seigneurial family on Isle de la Madelaine. They were treated like sharecroppers too. When the War of 1812 settled the river as the border, Madawaska was split in two and my grandmother’s family were American. She was a stodgy American too. Never took out Canadian citizenship when she married across the border. Too much mistrust. When the American Civil War hit, the men of Cyr plantation went and half of them died.

Longfellow wrote an epic poem about the expulsions called “Evangeline.” If you are in Cambridge his home is on Brattle street near the Harvard campus and upstairs in one of the bedrooms, there is a portrait of Evangeline. In my opinion/commentary category is a video of Cumberland Island -a Georgia barrier island and St. Mary’s cemetery across the river is where Evangeline’s lover Gabriel Desclaux was buried.