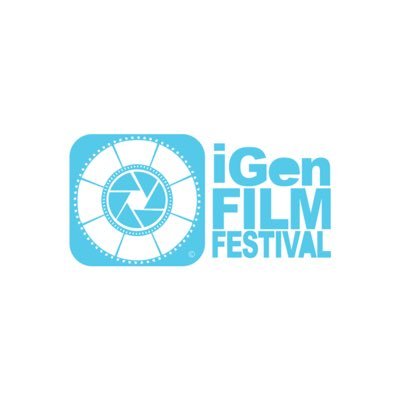 “iGen” is a film festival geared toward youth aged 6–24 in Overtown, Florida, an economically blighted and crime-ridden part of Miami. Elijah Wells founded the festival, which is now in its fourth year at the age of 15, but his remarkable film career started at age 9 when his father gave Wells his first camera. By age 11, he was enrolled in Cinelab with students well beyond his age.

Wells’s “Welcome to Miami” premiered at the 2012 American Black Film Festival, which has become a “cornerstone of diversity in Hollywood.” It won in the best short film category. Success led to new achievements, and in 2015, his next effort, “Giving Back Through my Lens,” landed Wells at the White House Film Festival, and a photo-op with President Barack Obama.

The theme that year was “The Impact of Giving Back.” That is when the idea for the iGen festival came to Wells. Elijah’s mother, Martha Whisby Wells, became the production coordinator of the festival. “Elijah is a leader.” Whisby Wells said.

Mothers of other children in the performing arts known as “momagers” gathered for an opening night celebration sprinkled with some tough talk about the harsh realities they face. The women are real estate agents, teachers, engineers, and artists and above all, entrepreneurs. The celebration took place at IGens’ operations center located at “Space Called Tribe,” a co-work and urban innovation lab for underserved communities whose motto is “choose your tribe.” A spoken word poet whose stage name was “Butterfly” said, “I like clichés.” Butterfly began her performance by paying tribute to Lou Gossett Jr., who once remarked that “so few ever look over the wall at what might be in the future,” she said.

The first presenter was Natalia Williams Piner. Her son Jaden Piner appeared in “Moonlight,” which won 3 Oscars and was noted for its intimate portrait of the LGBTQ community in the Miami projects. Piner was a theater major at Miami’s New World School of the Arts and a graduate of Tuskeegee University -a historically African-American college. Piner said she doesn’t push her son or live vicariously through his life, though. Mrs. Strachan hands out her daughter’s card. Aniye, a high school senior, is already an accomplished jazz singer with an impressive resume. Mrs. Strachan said, “Aniya needs help with organization.” Aniye said, “I like Anita Baker and Ella Fitzgerald…I knew what I wanted to be from an early age,” belying a maturity that is uncommon for a 17-year-old.

“It takes a village,” said Whisby-Wells. Elijah Wells said, “They juggle motherhood and artistic management until their children succeed and find professional management.” At least that is the hope. Keva Chester’s son wants to be a traveling veterinarian, and he hosts a YouTube channel called “Dr. D.J. The Animal Hacker,” where he interviews other vets and tells their stories. “I fear racism will undermine my sons’ career,” said Chester. Mrs. Wells presented each speaker with a bouquet of roses, and a diamond shaped-crystal in appreciation of their effort’s on behalf of the Overtown community.

Overtown is the frame of reference for the festival. Mount Zion Baptist Church, the Lyric Theater, the Longshoremen’s Union building, one of the nation’s oldest, the tiny Ward rooming house, and Dorsey House built by a prosperous African-American banker, are all that remain of a once-thriving neighborhood. Overtown’s private property was expropriated and bulldozed in the 1960s’ to build the tentacled I-95 expressway. It caused overcrowding next-door in the FDR era segregated “Model City” intended for the poor, and everyone who stayed, about 10,000 reduced from 50,000 people became renters in the city of Miami. After the expropriations, the Lyric was shuttered for decades. The Lyric was restored in 2000 with its art-nouveau curves intact.

The following night after momager’s night the theater seemed to grin back at the 100 or so longshoreman assembled across the street in front of their muscular, box-like headquarters. The Miami Heat were playing up the road at the American Airlines stadium fronting on Biscayne Bay on a portion of the vast lands the union used to own. The police blocked all roads leading in and out of Overtown for the event. Eight Street is blocked at Third Avenue using four cement trucks. A reminder of current development activities and expropriations that are recurring as Miami prepares to evict tenants and redevelop Model City later renamed Liberty City under a new guise called “gentrification.”

Inside the Lyric and outside on the Blue carpet, it was a kid’s world as Nickelodeon stars were photographed on the blue carpet. It was their night to shine and reflect on their successes with the community. The photo backdrop was covered with the logos of an array of sponsoring organizations. The walls of the new addition to the Lyric were adorned with posters that the young barely noticed. During its heyday 1940–1960, Count Basie, Ella Fitzgerald, Sam Cooke, Sammy Davis Jr. Sam and Dave, Dinah Shore, Nina Simone, BB King, Aretha Franklin, and a host of others graced the stage of the 400 seat Lyric. They started a tradition of playing for free, in gratitude to the community that sheltered them after having performed on segregated Miami Beach after sundown.

“Pushout” was a film screened at the festival produced by activist, author and filmmaker, Dr. Monique W. Morris about young girls, criminalized as adults in the school system. It drew attention to how complicated the lives of young girls of color can be and made a case for how they can and should be simplified. Isabella Bru, who has worked with Elijah since school days, said: “yeah, it was complicated for me, but I had a photography teacher who introduced me to Dorothea Lange and Vivian Maier, women who were documentary photographers.” They became Bru’s role models and a sisterhood. “I wish I could travel back in time to when those women were doing photography,” Bru said.

Urgent Inc.’s after-school and summer program, where Wells participated, presented a public service commercial competition. The subject matters of their entries were a veritable catalog of modern-day evils from domestic violence, bullying, drinking and driving, to gun violence. An attendee asked one of Elija’s crew from Urgent Inc. after-school days, “how will you be giving back to the community?” “By being there for other young filmmakers.” He replied. Wells needed to be in many different places at different times. “If I could have only one superpower, it would be teleportation,” Wells said. With a black hoodie on in the Lyric’s darkened projection booth, he looked like a contemplative leader surrounded by his loyal followers, as he surveyed all that he had put in motion.

Festival attendance was up this year, according to Wells, but the actual number of attendees was still meager. Of the thousands of entries they received, only a few were screened. The competition’s past winners included stories about racism and police shootings, gentrification, and a young entrepreneur from Australia. This year “Blackbird” about a young black girl’s fight to become a pilot won in the short film category. In a previous year celebrity director, Spike Lee came. This year it was director Antwan Smith who made a return appearance.