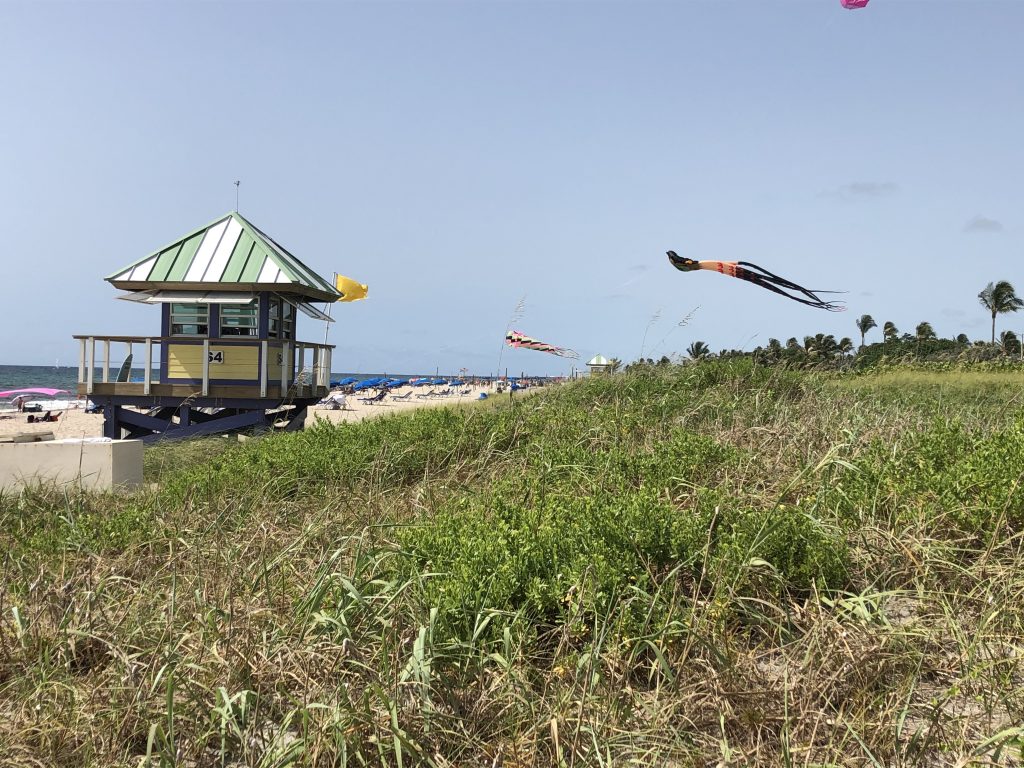 The Ave is a force of nature. There is always a breeze at the foot of Atlantic Avenue, where it meets the Atlantic Ocean. The beach is five miles due west of the warm gulf-stream current and where it bends southward following the Florida coast. The Ave ends in the west, where the sunsets and the Everglades begin. But not before bisecting an ocean of suburban sprawl that envelopes it.

The Road to the Current Crisis

The Ave has visited by hurricanes, Slavery, Segregation, the Great Depression, Prohibition, and was even pronounced the drug rehab capital of North America.

But the latest newcomers are from New York. Like the Georgia “Crackers” of old cracking their whips on the main street, they are identifiable by their muffler tone and license plates. Every tenth plate is a New Yorker. Muffler tone and loud car culture got their start in a Brooklyn neighborhood and went national, and it often drowns out the oceans’ roar. Also, for the more well-heeled New Yorkers, they can be identified by their Range Rovers.

But these are different times. The newcomers drawn to the Ave are part of the mass exodus from New York City. Violence. They fled the pandemic, high taxes, and typified a relocation trend to smaller places which led to packed beaches and restaurants and a crisis of uncontrollable growth. Despite a deadly pandemic, few wear masks. Especially not the young. But the Ave welcomes them all.

Many follow family here like Rob from Long Island. You could sense Robs’ uneasiness at everything going on around him. As he chomped on a stogie at a cafe, he winced and tried not to notice a four-tower NYC-sized housing development called Atlantic Crossing going up behind him. Rob said, “They have ruined everything. I remember when it was so quiet. I would come up from Miami to escape the crowds.”

Centers of Attraction-Iconic Names and Places

Delray was anglicized from Del Rey. But calling Atlantic Avenue the Ave makes a statement that everyone is welcome. But there are echoes of the past everywhere. Take Pineapple Grove. This center of activity was once a sleepy pineapple plantation railroad siding that brought growth. In the 1920s, the Ave housed an artist colony centered on Federal Highway and Atlantic Avenue, where the Colony Hotel still stands as a testament. The grand old hotel has bravely resisted development.

The Colony is not far from a club with a secret opening in the back. It led to a speakeasy during prohibition, frequented by rum-runners. Later a high school that desegregated in the early 1970s’, is at the westernmost and was the center attraction. It now houses the Crest Theatre and gives art classes.

I stood next door at the iconic Docs’ soft ice cream and hamburger-joint, which has closed. I could imagine it would have served an all-white clientele of bobbysoxers with hot rods parked outside in the Jim Crow South of the 1950s and 1960s. The muscle cars are back but as boomer nostalgia along with a pinball arcade.

At the Delray News

There is a resignation in Carole’s voice. Carole has worked at Delray News for 30 years. “Well, nothing stays the same. As long as we stay with the long-range plan we should be ok. But if they don’t provide more parking for people to get their things done, it will be gridlock just like New York City,” Carole said. But the crack-in-the-wall tailor shop next door had already gone. “He retired a few years ago,” Carole said. Both Carol and Rob refused to give their last names. Judging by their attitudes it could be because they are suspicious of all the changes and people asking them questions about it.

Survival on the Ave

The once-popular Delray Diner tried moving off the Ave and into the Grove. Then the competition came and the fun went out of it. There were many old-school small businesses that still did business with cash only. Like the Plaza Cleaners which has closed too. They depend on a combination of loyalty, creativity, and luck. Only Hubers Pharmacy has bravely renovated to attract the nouveau-riche. The new facade looks just like the CVS on Miami Beach’s Art Deco drive (Ocean Drive) with easy-to-navigate aisles.

The trendy food joints at the intersection of Pineapple Grove and the Ave are the new epicenter. But they have to make their profits during the tourist season, and many come and go despite being crammed. The parking lots were full of SUVs and middle-aged boomer families. They are pale and dress more conservatively. Even the modest bathing attire is less fashionable than the young, bronzed Latin-influenced locals who leave little to the imagination.

The Ave at Night

But at night, the Ave comes alive with the young and beautiful and eligible eager to forget their cares. Anything goes. After dinner, they dance on tables, spill out of the clubs and listen to live music from the sidewalk. There is even the odd busker. Parking is valet only, and there are lineups everywhere. Everyone is trying to make it on the Ave before tomorrow comes. The Ave will survive, even New Yorkers.