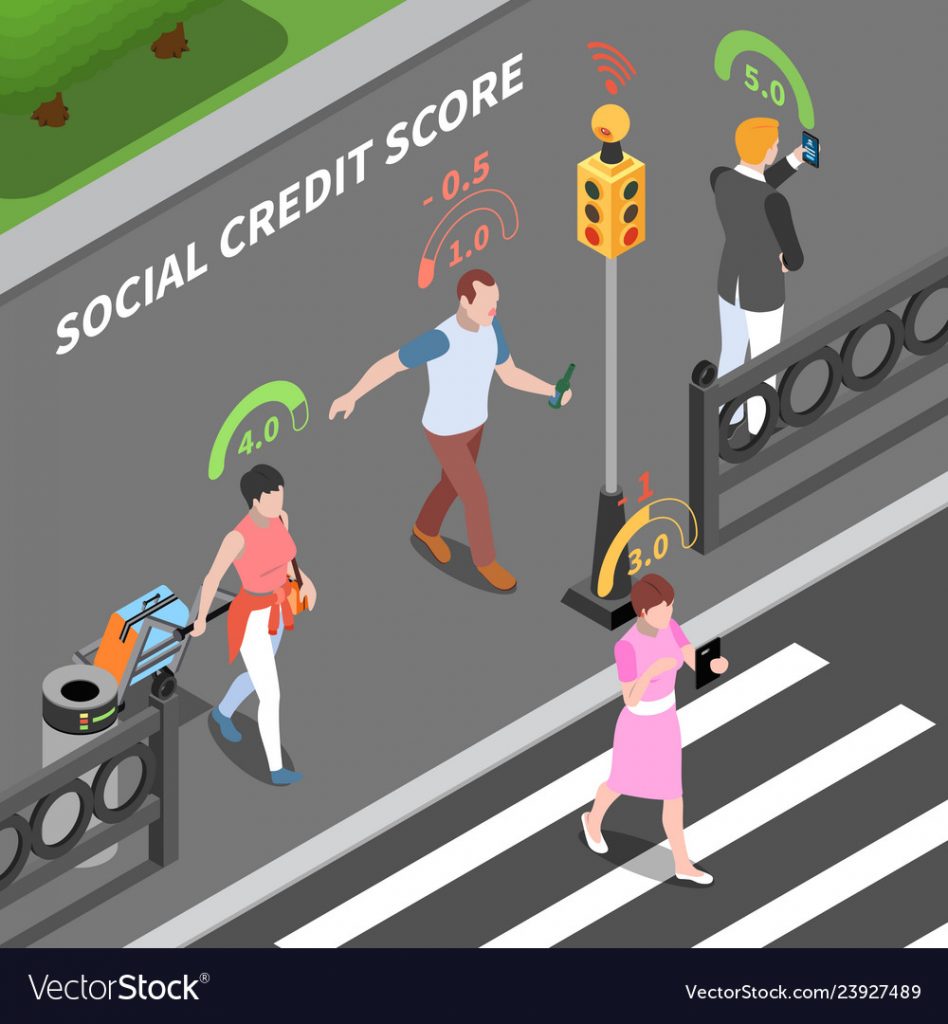 The Rise and Fall of Chinas’ Social Credit System

Ever since President Richard M. Nixon opened diplomatic relations with China, the West has been hoping that cooperation and technology transfer might lead China to embrace democratic principles. Headlines around the globe lament China’s amendment of its constitution so the president will be president for life ruling as an emperor. It watches in horror as Nazi-style concentration camps are established for millions of a persecuted minority.  We witness these hopes dashed. The upside is that the Chinese have produced local innovations to solve some of their unique problems. Ocean University’s Dr. Xin Dai in an acclaimed research paper on the social credit phenomenon summarized these problems. Dai said they are; “intractable governance and regulatory problems in its social and economic realms, ranging from fraudulent behaviors in the marketplace, to difficulties in enforcing court judgments, to corruption in the government, and to professional malpractices and even plagiarism in scholarship.”

The People’s Republic of China will roll-out Social Credit in 2020. Social Credit blends the aggregative functions of large-scale data collection known as “big data” with surveillance cameras to generate a unique social credit or reputation score similar to a credit score. China is the world’s leader in this emergent technology and is currently experiencing a boom in its production. This leap forward has caught many in the West by surprise leading them to speculate if this could happen here too. The voluntary 33 cities, four-year-long beta version harnessed the eyeball power of 170 million surveillance cameras. For the full roll-out in 2020, there are plans for another 250 million cameras so the state can have “eyes” on everyone with the express purpose of generating a unique reputational score for all its citizens and enterprises. The Western media misreport social credit as a “single score for everything.” It led to labeling social credit as a product of “techno-paranoia” based on novel combinations of the latest Western technological advances.

There is a growing understanding of what social credit means to us but there is still no agreement on social credit’s long-term impact on China and the world. A Skype session this week with Andrew Little in Bejing helped balance these differing viewpoints. Little is a reporter who writes for the Hong Kong-based “Radii Online Magazine.” Little discussed the ideas in the popular Netflix “Black Mirror” speculative fiction episode “Nosedive” that many have compared to social credit. Little says that we have created a distorted image in that mirror. Jeremy Daum of China Law Translate and Yale Law School’s Paul Tsai China Center states that no such unique number or holistic score exists or will exist. Daum insists that at the most basic level social credit should be seen as educational; aimed at introducing people to the concepts of credit such as trustworthiness. The more important scores that can lead to being blacklisted are related to regulatory penalties, not paying back loans and financial crimes. Commit all three types of infractions, and be blacklisted. Dai believes that there are four types of social credit “conventional regulation,” and the assertive “searchlight,” “incorporation,” and “institutionalization.” Each forms a new data pattern that an algorithm could quickly detect and incorporate feedback loops with positive and negative consequences. Little said much of this data exists in nothing much more than an excel spreadsheet or a government cadres’ notebook. Baum compares these to similar western legal concepts and finds much in common. Baum does, however, point out a hidden danger -that dissent is impossible without anonymity. Little openly admits that this technology is central to the mass incarceration of the Wagars who are surveilled constantly but insists that journalists are not subject to surveillance unless they do something that gets the attention of the state like artist/activist An Wei Wei.