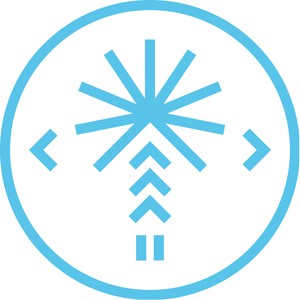 MIAMI Kyra Fillmore is a graduate of Wyncode; Miami’s first, most successful and unique computer coding boot camp. Fillmore started out as a social services case worker in Chicago before moving to Miami. She became a stay at home mom with two children. She decided on a coding career because she liked the flexibility and she could work from home. After graduating she started out as a part-time teaching assistant to Wyncode instructor Timothy Reen. She now works for Nuro Retention creating educational software to evaluate student performance and is the founder of the non-profit Creative TechKids which trains economically disadvantaged middle-schoolers to code.

On Fillmore’s website she says, “I believe that the internet can connect otherwise unconnectable people, ideas and stories to make us happier, healthier, smarter and more connected.” This could easily be Wyncode’s mission statement. At Wyncode, Fillmore explains, you are always applying learning in a way that reflects your background. “My major was psychology, so I am interested in user behavior,” she said. By leveraging existing skills this approach can be especially helpful when changing careers.

Mario Aguayo is another great example of the creative, hard-working and entrepreneurial nature of Wyncoders and why the need exists for a basic coding experience combined with business skills t

training. Aguayo’s Becasted is a talent management application that won the $120,000 RefreshMiami start-up competition. Becasted’s website says it is “a marketplace to hire freelance models, photographers, makeup artists, wardrobe stylists, and assistants.” By automating the process of booking and paying modeling professionals it is a more efficient and safer process for the artists. One look around the Wynwood Arts District and you will see many photographers and models using the colorful mural art as backdrops for fashion shoots. “People are always trying to make Miami into the next Silicon Valley but it isn’t the right approach because it doesn’t fill a local need. Now Becasted, that is so typical of Miami,” Fillmore said.

Another plus for Wyncode is that it embraces a diversity agenda that reaches out to higher need groups imparting them with much needed social skills. Aguayo also praises Wyncode’s supportive, nurturing and grass-roots approach. Aguayo said, “Wyncode started the first meet-ups for LGBT coders.” One of Wyncode’s first graduates was Walter Latimer an HIV-infected art school drop-out who fell through the cracks in the academic and work worlds. He found programming was his true love and soon afterward he landed a job with a six-figure salary at Udacity, a Silicon Valley education company.

Attending an open house is the first step for prospective Wyncoders. The attendees have to decide if they will be happy in a coding career, justify the outlay of $10,000 for the program, quit their jobs and commit to 10 weeks of rigorous training. Wyncode dishes up pizza, and soft drinks to the participants before Reen’s presentation begins. It is a welcoming way of letting them know that during the intensive training period they will feel at home in their sleek new facility they have dubbed Wynbase.

“Ruby is a simple programming language that follows the familiar rules of English grammar; Subject, Verb, Object,” Reen said. By doing a little coding using Ruby, before the open house ends, the attendees, about eighteen in all, can already add a little computer programming experience to their resumes.

As the night begins one of the participants, a tall, slender woman in her thirties is responding to instructor Reen’s first question: What is a computer programming language for? Let’s call her Ada. “It’s a language for communicating with computers,” she said. Next, she identifies a power point image as Ada Lovelace. Reen said, “Boom! I love it! Ada Lovelace’s “Notes” was a program to automate music. It is a mix of mathematics and the humanities which Lovelace called a poetical science. All of our students have this kind of mixed background.” Reen has made his pitch and like Lovelace, he has just described how individuals and society relate to technology as a collaborative tool.

Women have been underserved in computing but Wyncode wants to change that too. Ada Lovelace Day commemorates women’s contributions to the fields of science, technology, engineering, and mathematics, or STEM for short. Graduation rates are low in Miami area universities in general, but very few are enrolling in STEM programs. The medical field is Miami’s major industry after tourism. Adding to Wyncode’s success at opening doors are medical innovators CareCloud, and LiveMD which are now Wyncode’s largest hiring partners.

It’s Pitch Day for Cohort XII at Wyncode and the end of their 10-week computer coding boot camp and they have accomplished a lot. Wyncoders Skye Anico and Rachel Fisher are getting ready to present the web application they have developed to filter fake news on the internet called Fugazi. Tonight is their chance to impress a prospective employer who may be a judge or an audience member. They are polished, confident and hoping for a job offer on the spot or to win the first prize. Anico, is a former journalist with some formal education and television production experience. Anico worked for Miami broadcasting giant Univision but quit her job for coding boot camp because “I hated the culture there,” she said. Instructor Ed Toro, a brilliant MIT graduate, knew the local job landscape well. “Univision with its open pit newsroom is a great place to learn the ropes, but there is nowhere to move up,” he said.

Juha Mikkola said, “For graduates, Pitch Day is full circle.” Mikkola’s native Finland has the best education system in the world. Mikkola said, “It is simple, in Finland, they make learning fun, and Wyncode tries to take some of the pain out of learning to code and the job search process too.”

The Mikkolas are a husband and wife team. Co-founder Johanna said, “We are E-2 treaty traders.” Juha Mikkola said, “Everyone was so welcoming when we came here three years ago. The Knight Foundation set up a meeting with us right away so we could offer scholarships, then we became affiliated with Endeavor Miami.” The Mikkolas made two trips to the White House by invitation to get approval for veterans to learn to code through the G.I. Bill and to develop certification procedures for coding boot camps. The Mikkolas are filling a need that is vital, and with a $1,000,000 investment in Wyncode from Swedish consulting and education firm Academic Work X Group it is hard to disagree.

By following the examples of Fillmore, Aguayo, Latimer, and Anico, who are trying to change their lives and fortunes and succeeding, America may also avert a looming national crisis: The growing demand for computer coders which according to the White House is expected to reach 1.4 million by 2020.